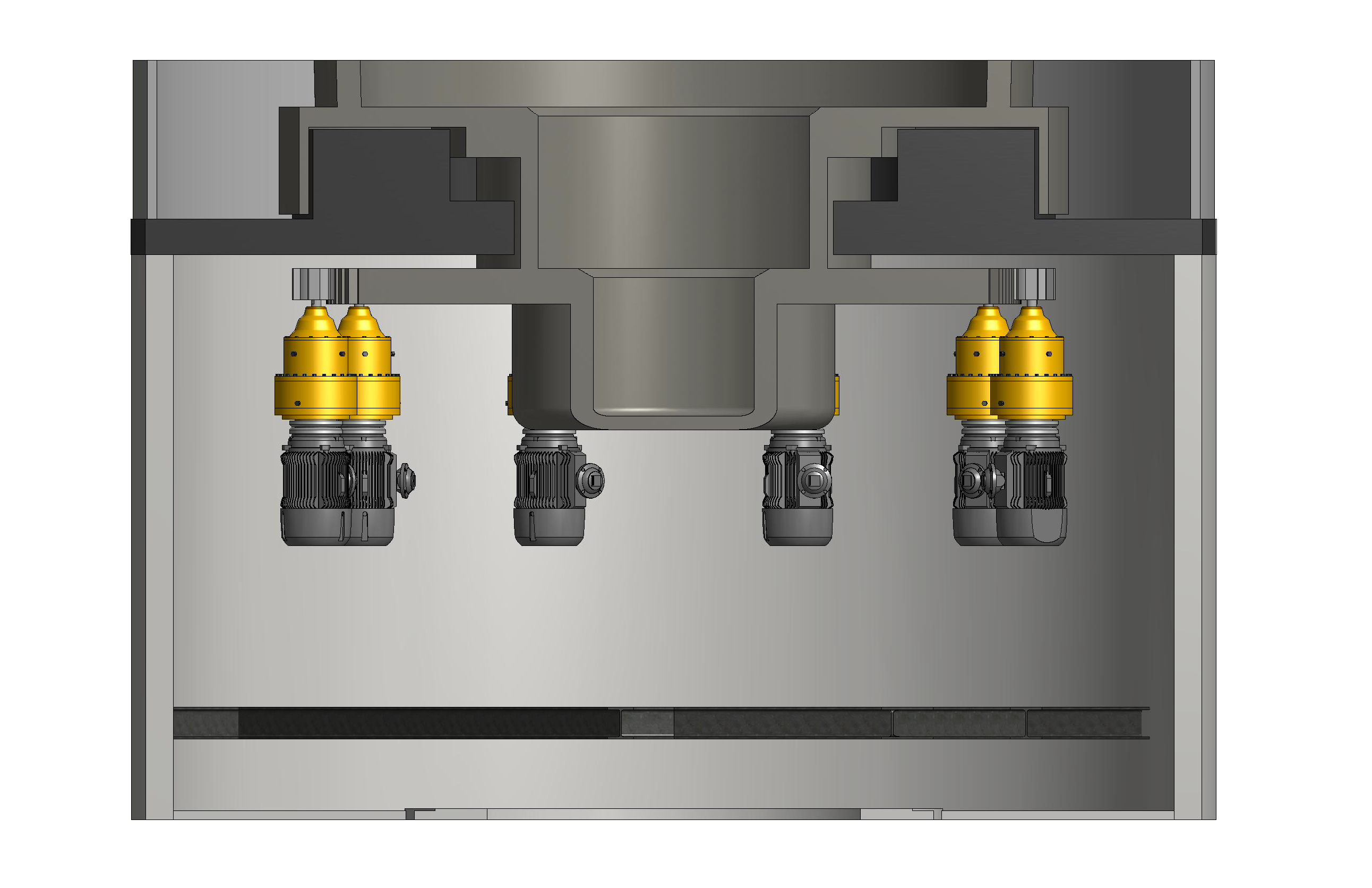 Introduction – Malloy Electric, in partnership with ABB drives, was able to help devise a solution to a customer’s problem. The problem and solution will be illustrated below. Neither Malloy nor ABB are responsible for any of the information listed below. This case is for illustration purposes and all results described herein are based off of customer supplied information. The customer’s name and competitor’s brand name has been removed.

Problem Definition – The customer was running brand x VFD and the drives were at the end of life. The application, in figure 1,2, was a tower that had nine vertically mounted motors running nine individual gear boxes powering one main gear. Additionally, the individual motors had encoder feedback which allowed for precise control needed with the previous technology. The main gear needs to be spun by motors running in synchronous. With too much variation, damage could occur to the main gear resulting in the failure of an expensive piece of equipment and considerable downtime. Furthermore, if this machine were to become disabled, the ability for the plant to produce the desired goods diminishes to zero, resulting is a large loss of revenue.

Another potential issue is the drives are located in motor control centers (MCCs) and Malloy will be dimensionally limited in the ability to provide a solution. Drive heat losses need to be considered as well.

Problem Solution – The ABB drive solution involved utilizing ACS880 model drives. The VFDs were sized to the customer’s enclosure with the necessary ventilation verified. The drives were sized off of the amperage demand and contained the necessary accessories to meet the specified requirements. The solution was proposed as the following:

The drives were wired in a master-follower system utilizing ABB’s proprietary drive-to-drive control which allowed for precise control between the master and the followers. In addition, the ACS880 model drive allows for speed control of 10% of the motor slip when running open loop vector, something that allows this process to safely run open loop rather than closed.

Conclusion – The value of the system had many total cost of ownership improvements such as fewer parts to fail, same or greater performance with newer products with fewer components, less wiring, and faster control through the drive’s control network.